Two historic Huntingdonshire airfields situated approximately seven miles apart. RAF Wyton’s history dates back to April 1916 and it is still in use by the armed services today. RAF Alconbury was first established as an airfield in 1938 and it remained in use by the United States Air Force until 1995. Public access to both sites is limited, but there is much to see nearby and RAF Wyton has a superb Heritage Centre which can be visited by prior appointment. 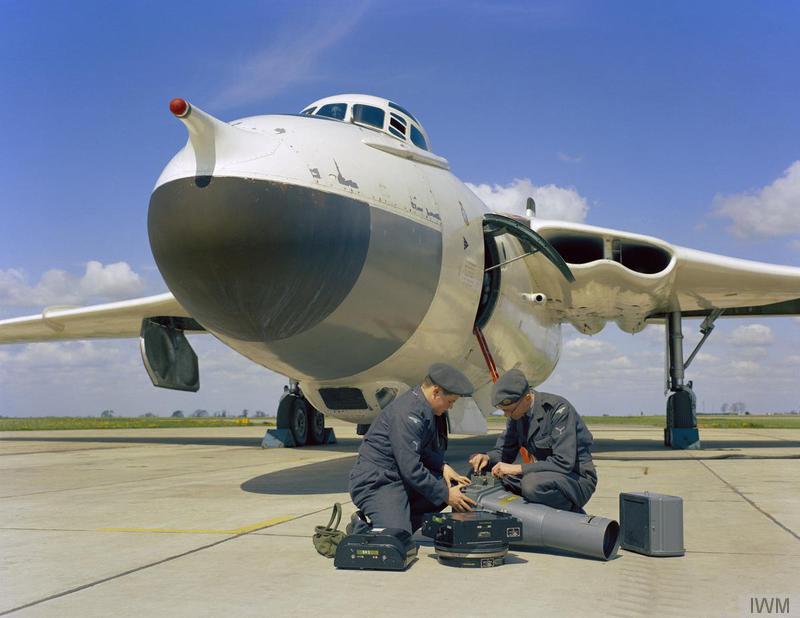 RAF Wyton was first established as an airfield in 1916. Two years later, on 1 April 1918, the Royal Air Force (RAF) was founded following the merger of the Royal Flying Corps (RFC) and the Royal Naval Air Service (RNAS). Which means that 1 April 2018 will see the commemoration of the RAF’s centenary. 100 years in which the nature of aerial warfare, and the aircraft used during it, have changed to a degree that no-one could possibly have forseen.

The Sopwith Camel was a single seat biplane widely considered to be one of the best fighters introduced by the RFC during World War One. First flown in combat in 1917, it was a remarkably elegant aircraft which could generally out-turn any enemy aircraft it came across. It was the Spitfire of its day.

The Camel had a maximum speed of 113 mph and a range of approximately 300 miles. Travelling that distance would therefore take approximately two and a half hours. There was no car or train yet built which could possibly match such a speed. It’s not at all fanciful to describe the Camel as being on the cutting edge of aviation technology. In its day.

Compare and contrast with the RAF’s current front-line fighter, the Eurofighter Typhoon. This aircraft has a range of 1,800 miles. At altitude, it can fly at a top speed of 1,550 mph. Or, to put it another way, the Typhoon will cover 300 miles in approximately 12 minutes. No car or train yet built can possibly match that speed either.

Not everything has changed so dramatically. A hundred years after it was first established, RAF Wyton is still, just, an airfield. Even though all military flying ceased there in February 2015, RAF Wyton still has a runway on which light aircraft land from time to time. No longer directly controlled by the RAF, even though its name implies otherwise, RAF Wyton has seen and sometimes accommodated all except the very latest developments in aviation technology.

There are very few airfields in the county which can match such a record. And very few airfields are so little known as Wyton. In part, this is because it remains a military establishment, now under the control of the Joint Forces Command, with responsibility for the acquisition and analysis of defence intelligence. However, not all parts of Wyton are closed to the public. It has a Heritage Centre which can be visited on an appointment-only basis.

Part of the Heritage Centre contains the Pathfinders Museum and the Pathfinders very much deserve the recognition and respect which the museum seeks to perpetuate. They were experienced, highly professional crews who flew in advance of the Main Force of RAF bombers in order to mark targets. First there and sometimes nearly last to leave. Because target marking involved dropping target indicators, (essentially coloured flares), which could clearly be seen in the pitch darkness by following aircraft. As the flares died out, or were themselves destroyed by bombs, they had to be replaced by more flares.

Pathfinder crews had also to observe the progress of the bombing and issue instructions to bomber crews dependent upon the accuracy or otherwise of their bombing. This meant circling the target area at a higher altitude, all the time risking being shot down by flak or an enemy night fighter, or crashing into another aircraft. Pathfinders were the very tip of the bombing spear and the losses of both crew and aircraft were correspondingly high.

The early days of RAF Alconbury were modest. In 1938, 150 acres of open fields on Alconbury Hill were acquired by the Air Ministry for use as a satellite airfield. It had been recognized for some time that, in the event of war, permanent RAF stations would probably be identified and their runways and buildings bombed. Aircraft might be destroyed on the ground or unable to take off or land until repairs had been completed. Hence the need for a location nearby which could be used as a temporary landing ground. These were, of course, the days of largely grass runways and almost any reasonably large expanse of level ground could, if necessary, be used for the purpose. So it was that 150 acres on Alconbury Hill became the satellite landing ground for nearby RAF Upwood.

Facilities were intentionally limited. Satellite airfields did not want to advertise their presence by constructing hangars and permanent buildings. Ground crews occupying the site lived in tents and a few wooden huts. Anyone from the World War One era would have felt quite at home should they have found themselves suddenly transported to 1938.

During World War Two, RAF Alconbury was substantially upgraded to heavy bomber status – meaning concrete runways, hardstandings, large hangars, a perimeter track and semi-permanent buildings for accommodation and technical services. A variety of units were based here but Bomber Command’s association with the airfield came to an end by August 1942. It is estimated that 67 RAF aircraft had been lost on operations flown from Alconbury – 8 Blenheim light bombers and 59 Wellington bombers. 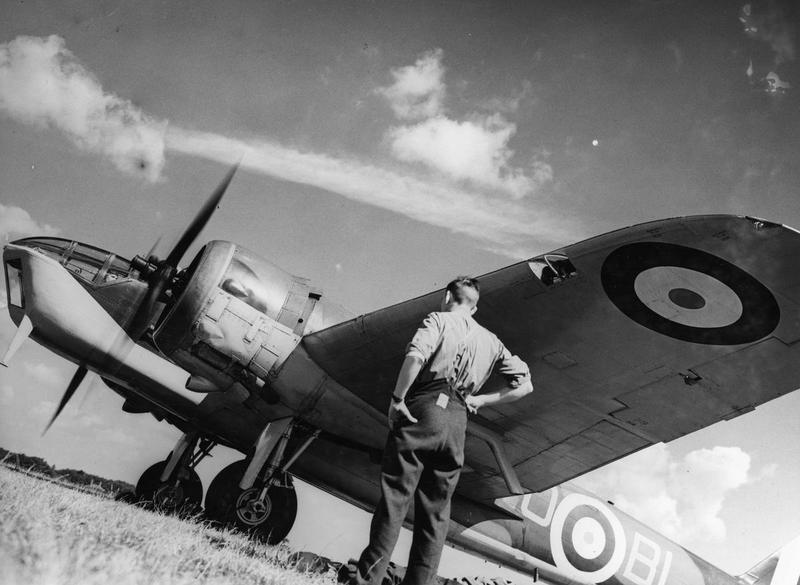 The American 93rd Bomb Group arrived in September 1942, equipped with B-24 ‘Liberator’ bombers. Further work was undertaken on the airfield – principally extending the runways and adding more hardstandings. Then, in April 1943, the Boeing B-17 ‘Flying Fortress’ bombers of the 92nd Bomb Group arrived. It was these aircraft, amongst many others, that were to participate in large-scale daylight bombing attacks on German targets conducted by the USAAF. 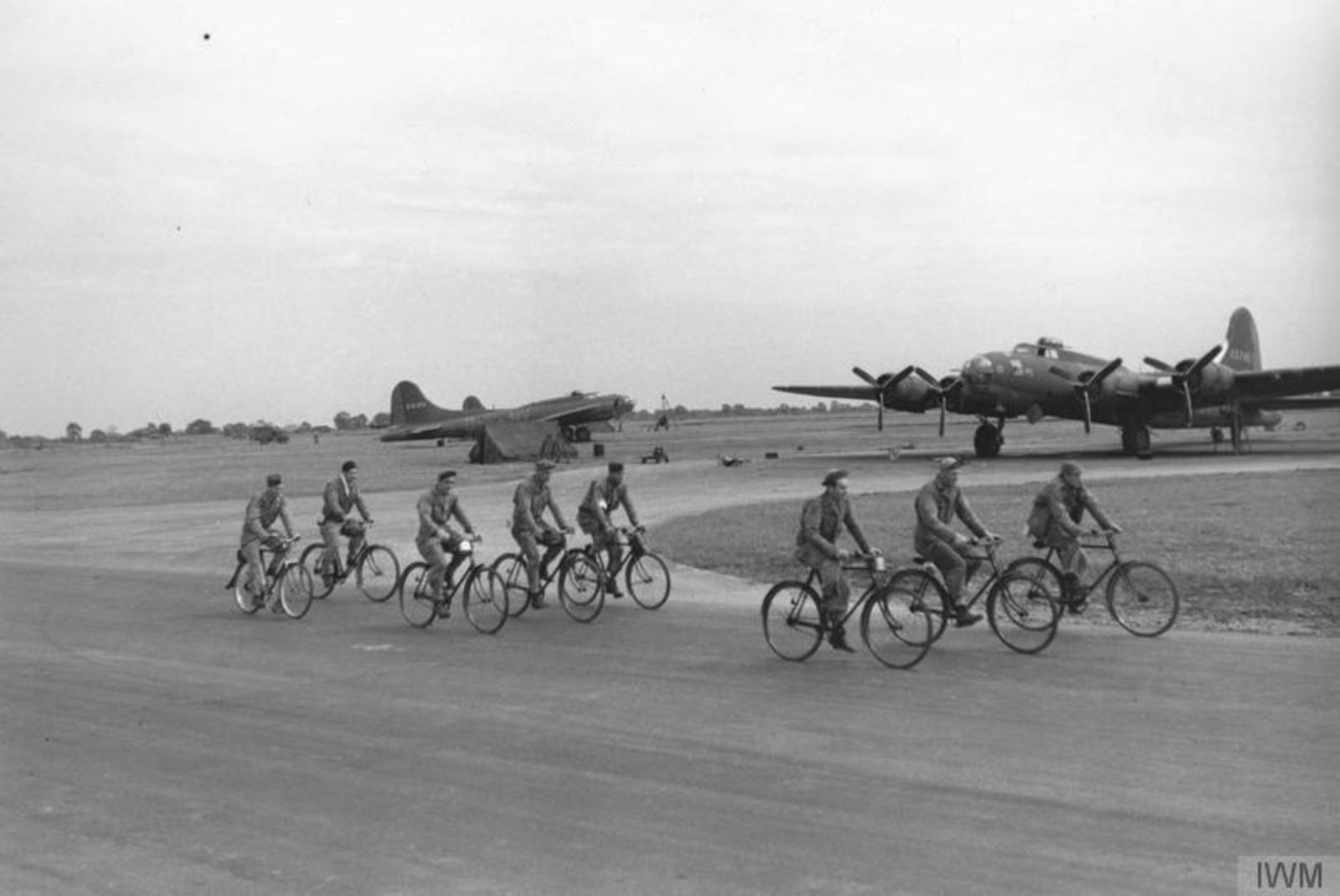 After World War Two, control of the airfield was returned to the RAF. Being surplus to requirements, it was virtually unused until 1953. US Air Force units occupied the site and, in line with its new status as a key element of the aerial front line in the Cold War, the airfield was again upgraded. A variety of specialist squadrons occupied the site over subsequent years, culminating in a variant of the U-2 spy plane being deployed to fly secret reconnaissance missions over Eastern Europe.

Housed in a building situated near the main entrance, this is actually a heritage and conference centre which houses four fascinating collections of objects, documents, photographs and memorabilia. The collections are: 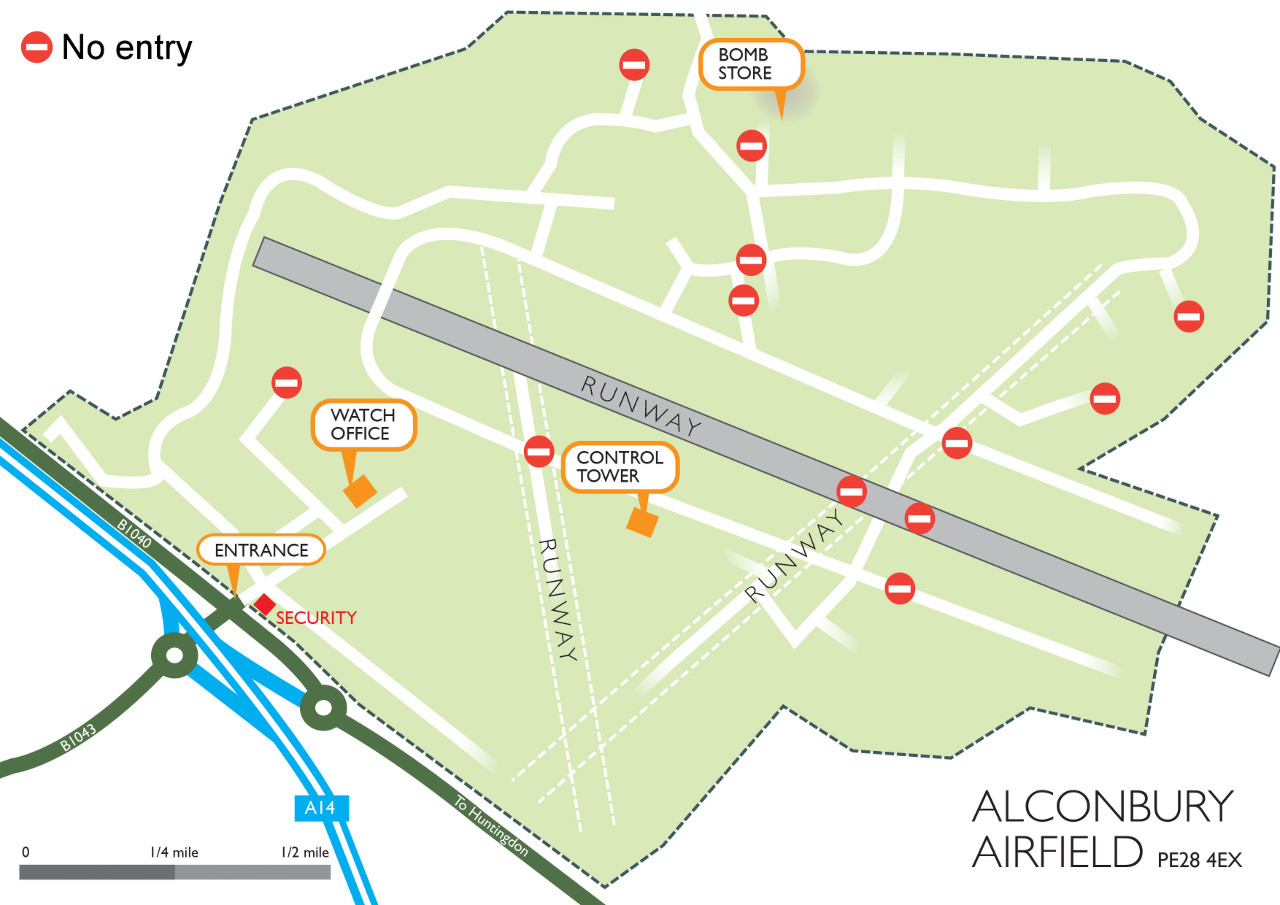 Situated just to the east of Huntingdon, RAF Wyton is well-placed for the north-south A1 and the east-west A14. The postcode to use for satnavs is PE28 2EA.

The airfield site is located just to the east of Junction 14 on the north-south A1(M). The east-west A14 also runs very close to the site and so it’s relatively easy to approach the site from whichever direction you are travelling from.

Huntingdon is the nearest railway station. It is on the East Coast main line and so connections to the south and north are good. London (King’s Cross) is approximately one hour away. A taxi from Huntingdon station will take to either site – although be warned that the sites are in opposite directions, so taking a taxi to both sites would be expensive.

To check the availability and times of buses currently running to and from Wyton or Alconbury, use the county council’s web site: https://www.cambridgeshire.gov.uk/site/custom_scripts/bus_timetable_by_location.aspx

As noted above, all visits to the Heritage Centre/Pathfinders Museum are by appointment only and subject to the availability of volunteer staff to escort visitors.

The charity Airfield Research Group has a large 20th century military architecture archive along with the Alconbury Heritage Collection. Access to the archive is by prior arrangement. Further details may be found on the group’s website (airfieldresearchgroup.org.uk).

Additionally, the site developers, Urban & Civic, would like to encourage anyone with memories and stories of the site to contact them. For further details, see the section below.