These are two RAF Bomber Command airfields in East Cambridgeshire which are now fading back into the landscape. Both airfields were built during World War Two. Situated within five miles of each other, RAF Witchford and RAF Mepal typify the hundreds of wartime-era airfields built all along the eastern side of the country. They are slowly being forgotten, and built over, and in 15-20 years’ time, it is hard to imagine that there will be anything left for future generations to visit and consider. 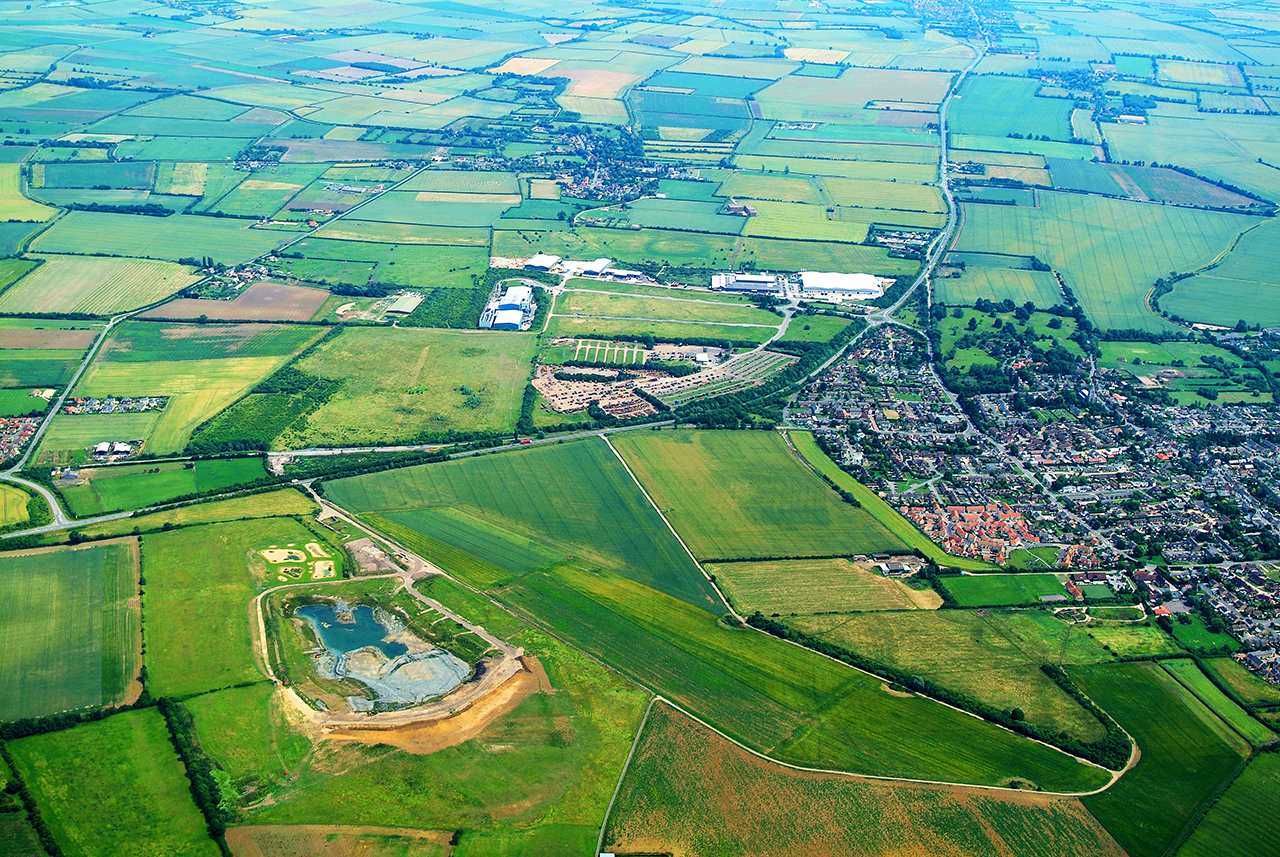 The brick and corrugated iron buildings were, of course, never meant to last and mostly they haven’t. The airfield runways and perimeter tracks have largely been dug up or, at least, drastically reduced in width. Their control towers, (the RAF called them ‘Watch Offices’), have long since been demolished. 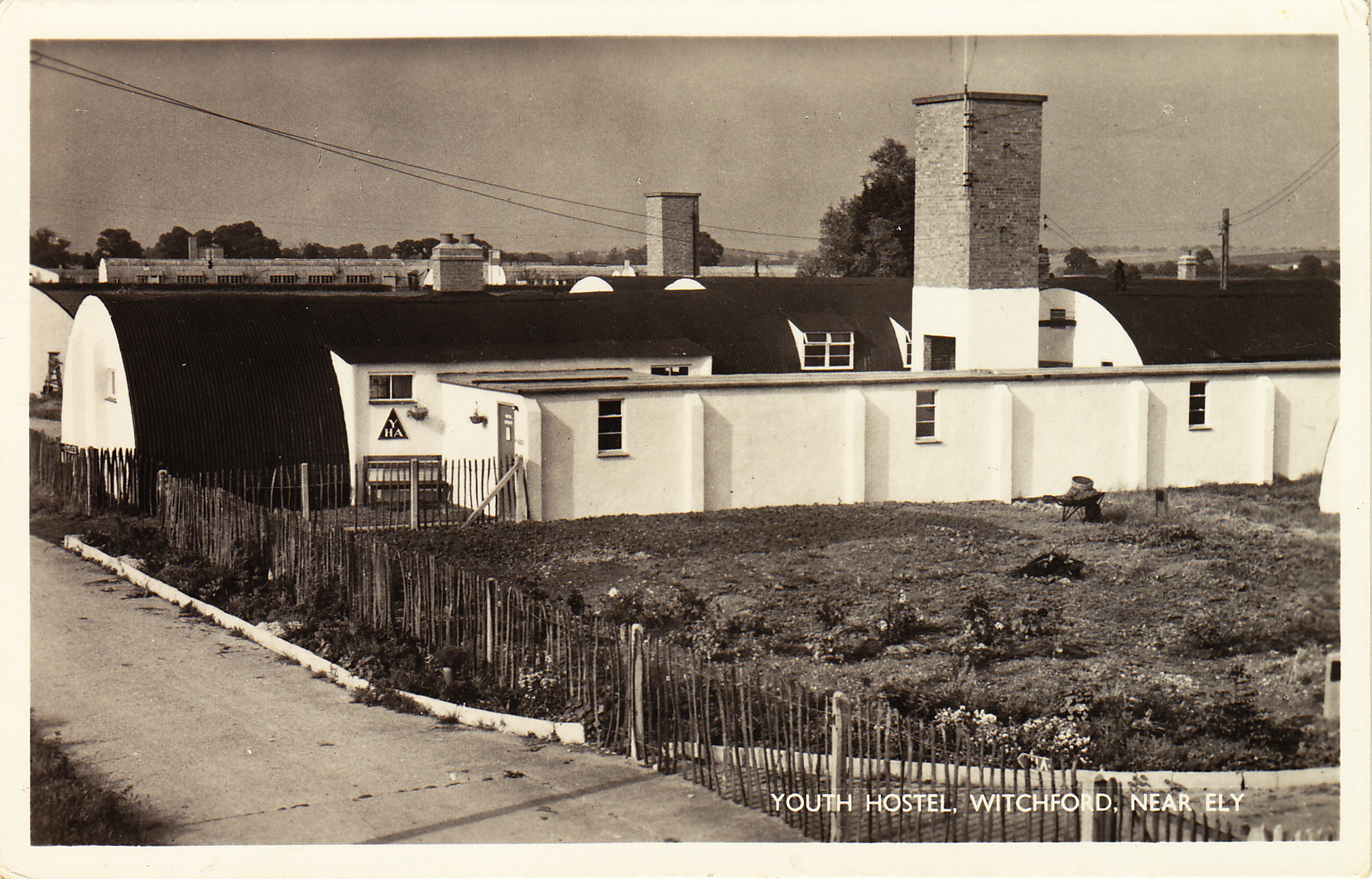 As both airfields fade from view, their larger meaning and importance is also fading. There is, however, no better way of gaining a sense what RAF Bomber Command was, and how it fought its war, than by visiting what’s left of its airfields. And, fortunately, it’s still possible to visit both RAF Witchford and RAF Mepal. Stand where giant four-engined Avro Lancasters once prepared to take off. Imagine the noise of each aircraft as it thundered down the runway and lifted into the sky. Think of the seven men in each aircraft, facing long and very dangerous flights into enemy territory. And think also of the men and women left behind, waiting for the bombers to return and knowing that some of them almost certainly wouldn’t. Once you know a little of the history, and what to look for, visiting an old airfield can be quite an experience.

The airfield was built in 1942 and opened in July 1943. It was always intended to be a bomber airfield, being part of No. 3 Group, RAF Bomber Command, and so there were three intersecting runways and 36 concrete hardstandings for parking four-engined bombers. Three hangars were provided and, in addition to the airfield site, a further 12 dispersed sites were built to accommodate approximately 2,000 service personnel needed to support squadron bombing operations. 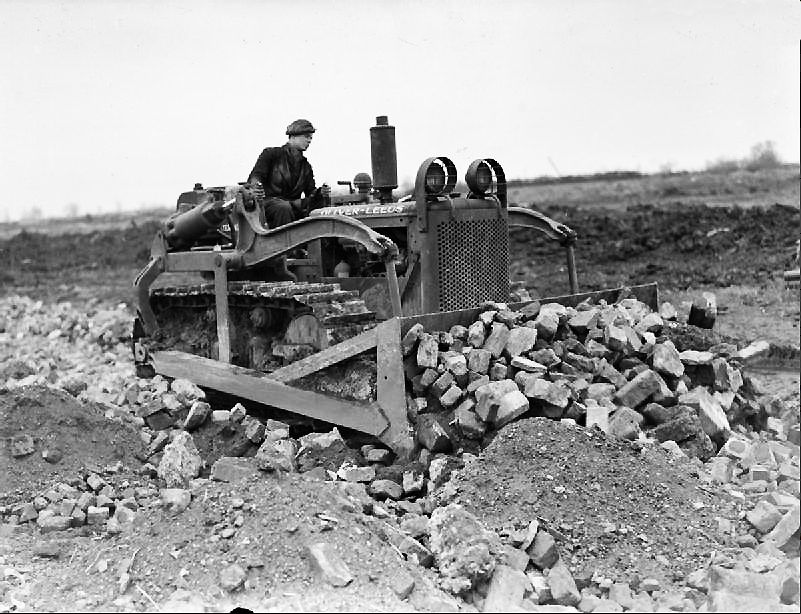 The first unit to occupy RAF Witchford was 196 Squadron, using four-engined Short Stirling bombers. They arrived in July 1943 but, four months later, they had moved again, to Leicester East. 115 Squadron arrived soon afterwards and stayed until September 1945. After they left, Witchford was never again used for flying operations and the airfield eventually closed in early 1946. Over 200 missions were conducted by 196 and 115 Squadrons during their stay at Witchford. A total of 99 aircraft were lost. The worst period was undoubtedly the first eight months of 1944 – in which 92 operations were conducted and 63 aircraft were lost. There were a variety of reasons for these losses, and some of these reasons will never be known because the aircraft involved disappeared without trace, but the simple fact was that flying bombers at night, over enemy territory and in sometimes poor weather, was an extremely dangerous thing to do. To survive a tour of 30 operations, a crew had not only to be very skilled and experienced at what they did, but very lucky as well. 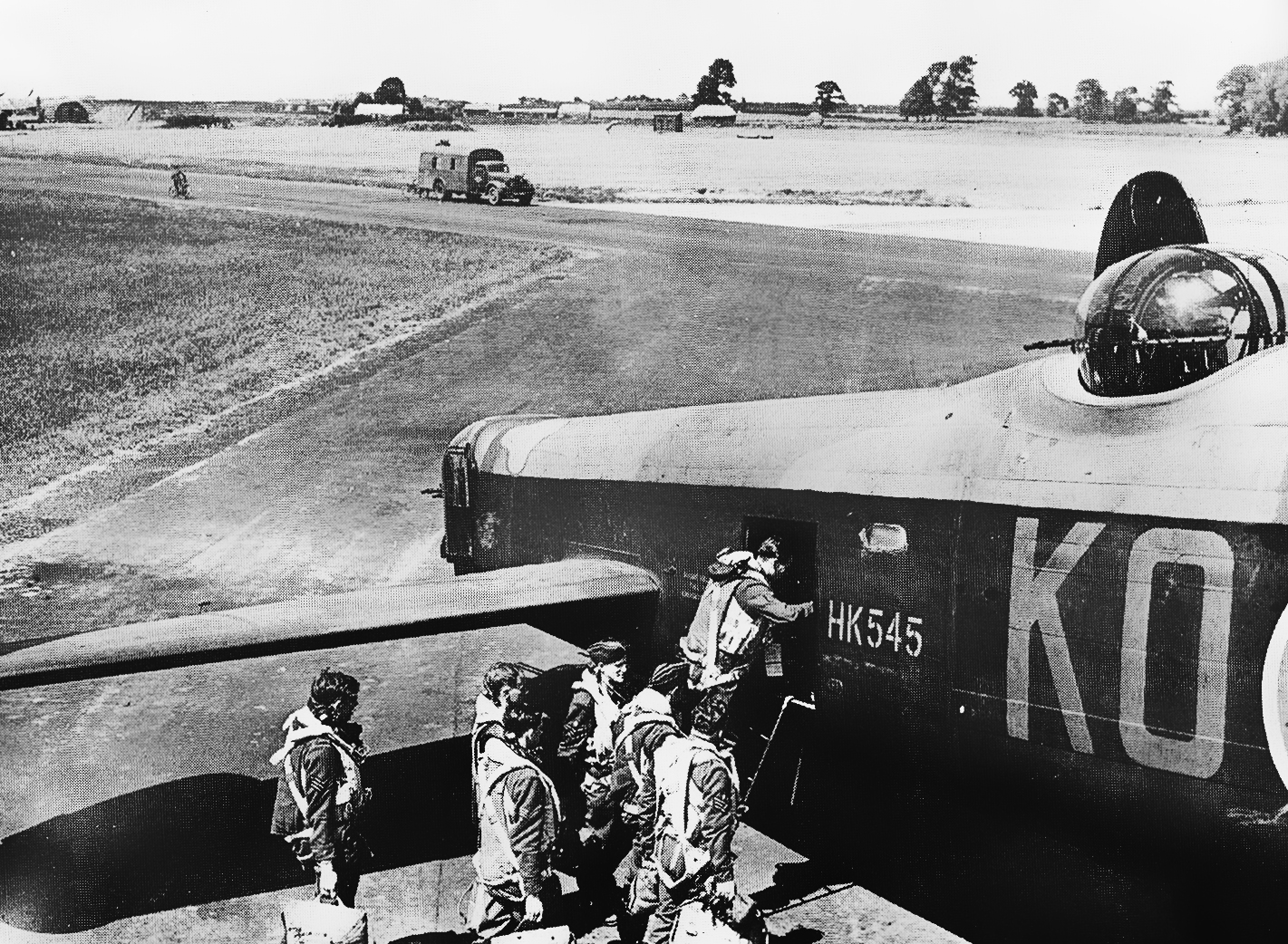 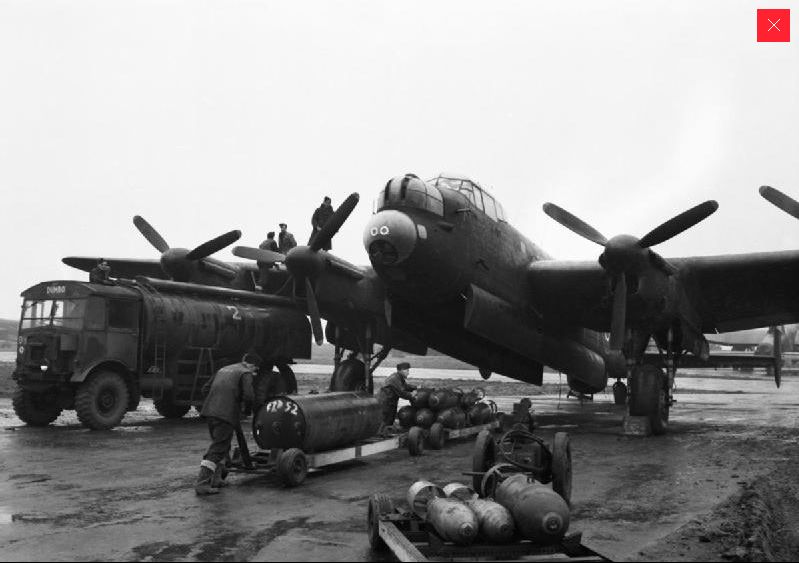 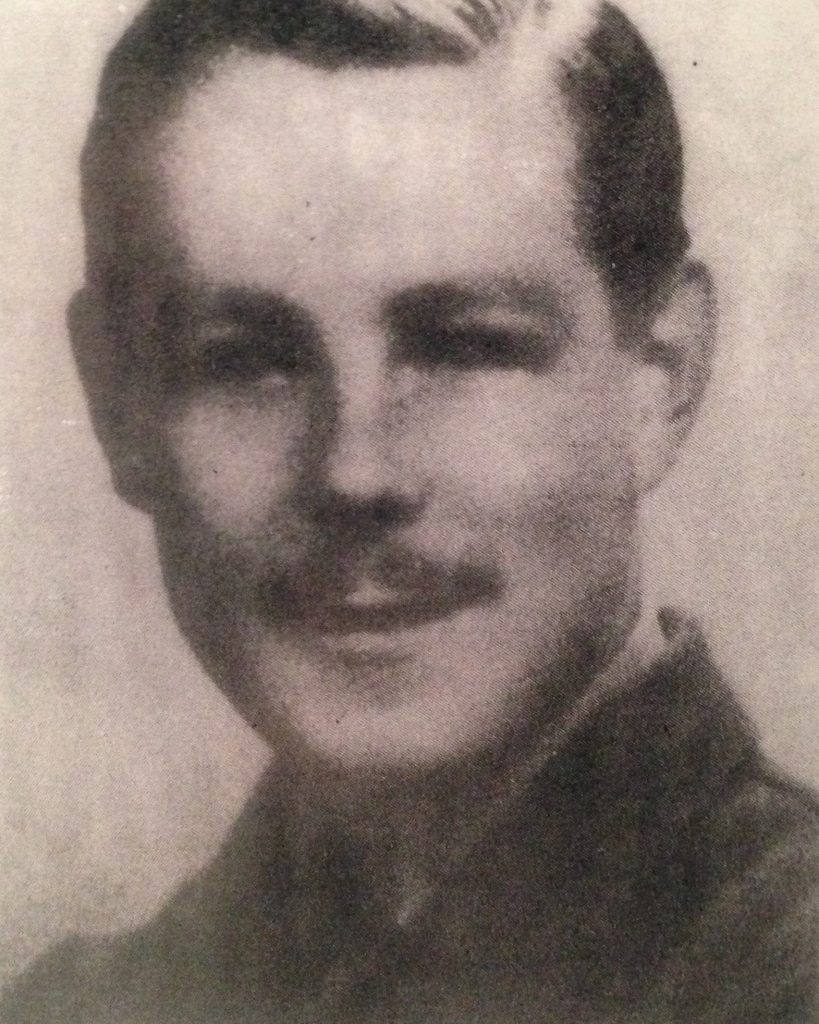 Perhaps the most remarkable example of luck was that of Flight Sergeant Nicholas Alkemade’s survival on the night of 24/25 March 1944. He was the rear gunner on board Lancaster DS664 when it was attacked by a Luftwaffe night-fighter. The Lancaster caught fire and began to spin out of control. Most of the crew bailed out but Nicholas discovered that his parachute had been damaged by fire and was unusable. Faced with the impossible choice of staying in the burning aircraft or jumping to his death, Nicholas decided to jump. He fell over 18,000 feet and, miraculously, his fall was eventually broken by the branches of pine trees and snow drifts below. Nicholas survived with only a sprained leg and became a prisoner of war. Many other men were not so lucky and it was in their memory, and also that of all those who served in the squadron, that a memorial was constructed on the northern side of the airfield. Situated at what was the threshold of two runways, the memorial was dedicated in 1989 and is now the focus of annual Remembrance Day ceremonies.

Construction of the airfield started in July 1942. The site was a difficult one. To the west were the Old and New Bedford Rivers. Three villages formed a tight triangular boundary to the north, east and south – the villages being respectively Mepal, Witcham and Sutton-in-the-Isle. Arguably, it was the wrong place to build an airfield in the first place, but all the best sites had already been taken. In any event, there was a war on and building airfields wherever possible was an absolute priority. The airfield eventually opened in June 1943. Constructed very much to the same pattern as RAF Witchford, and with the same type of cheap, temporary buildings occupying the airfield and dispersed sites, Mepal became home to 75 Squadron and its Short Stirling aircraft.

Unusually, this squadron was the only one to occupy the site and it remained there for the whole of the rest of the war. 75 Squadron personnel were largely from New Zealand. As the war went on and casualties mounted, however, aircrew of whatever nationality were posted to the squadron as required. And 75 Squadron suffered considerable casualties. The Short Stirling bomber was relegated to dropping mines in the sea and undertaking special operations once losses on main bombing operations began to become unacceptable. Over the four months from September to December 1943, for example, the squadron undertook 49 operations and lost 18 aircraft. From March 1944, the squadron began re-equipping with Lancasters. The losses declined but every squadron seemed to experience at least one catastrophically bad operation and so it was with 75 Squadron. On the night of 20/21 July 1944, over 150 RAF aircraft attacked a synthetic oil refinery situated near the German city of Homberg. The squadron had contributed 26 Lancasters to the attack and 19 of them bombed the target. However seven of the squadron’s aircraft were shot down over Holland. Of the total of 49 men on board these aircraft, only eight survived to become prisoners of war. And in the remaining ten days of that month alone, another five aircraft were lost on various operations. In total, 75 Squadron lost 104 aircraft during its time at Mepal – and the squadron, in total, undertook more sorties than any other squadron in Bomber Command during World War Two. But, of course, it was the human cost of these losses that mattered, and still matters, most. The Church of St Andrew in Sutton has a 75 Squadron Roll of Honour listing the names of all those who lost their lives. 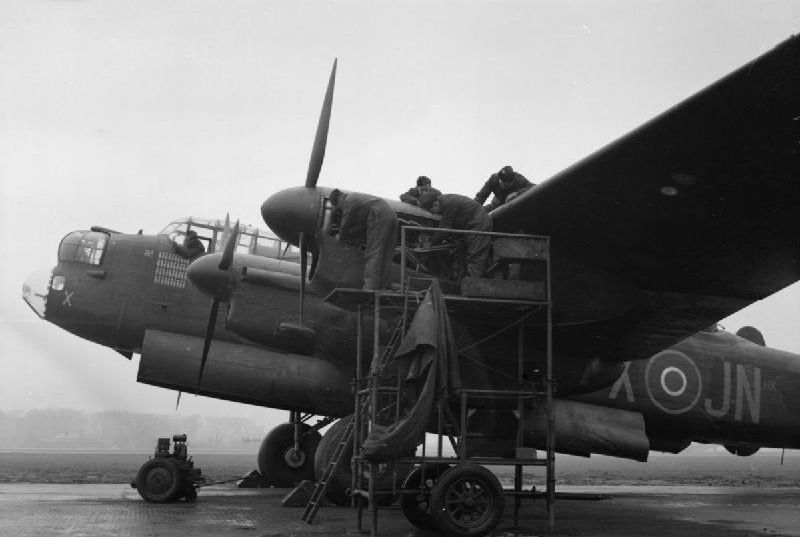 When the war in Europe ended, the possibility of operations against Japan caused the RAF to create ‘Tiger Force’. This was to be a specially selected and trained group of bomber squadrons to be used in the Pacific against the Japanese homeland. In the event, the war against Japan ended and no such deployment ever took place. The peacetime RAF began consolidating its units in airfield sites constructed to peacetime standards and Mepal was not one of these. Someone somewhere, however, must have kept the airfield in mind for future use. Sure enough, in 1957, Mepal was selected as one of the sites for the deployment of Thor medium-range nuclear missiles. By any standards, these were fearsome weapons and the prospect of Russian nuclear retaliation causing this part of the county to be turned into a radioactive desert aroused much opposition from the Campaign for Nuclear Disarmament (CND). In the event, the weapons were never used and, by 1963, they were effectively obsolete and therefore removed. From then onwards, Mepal was inactive and the land was subsequently sold off. 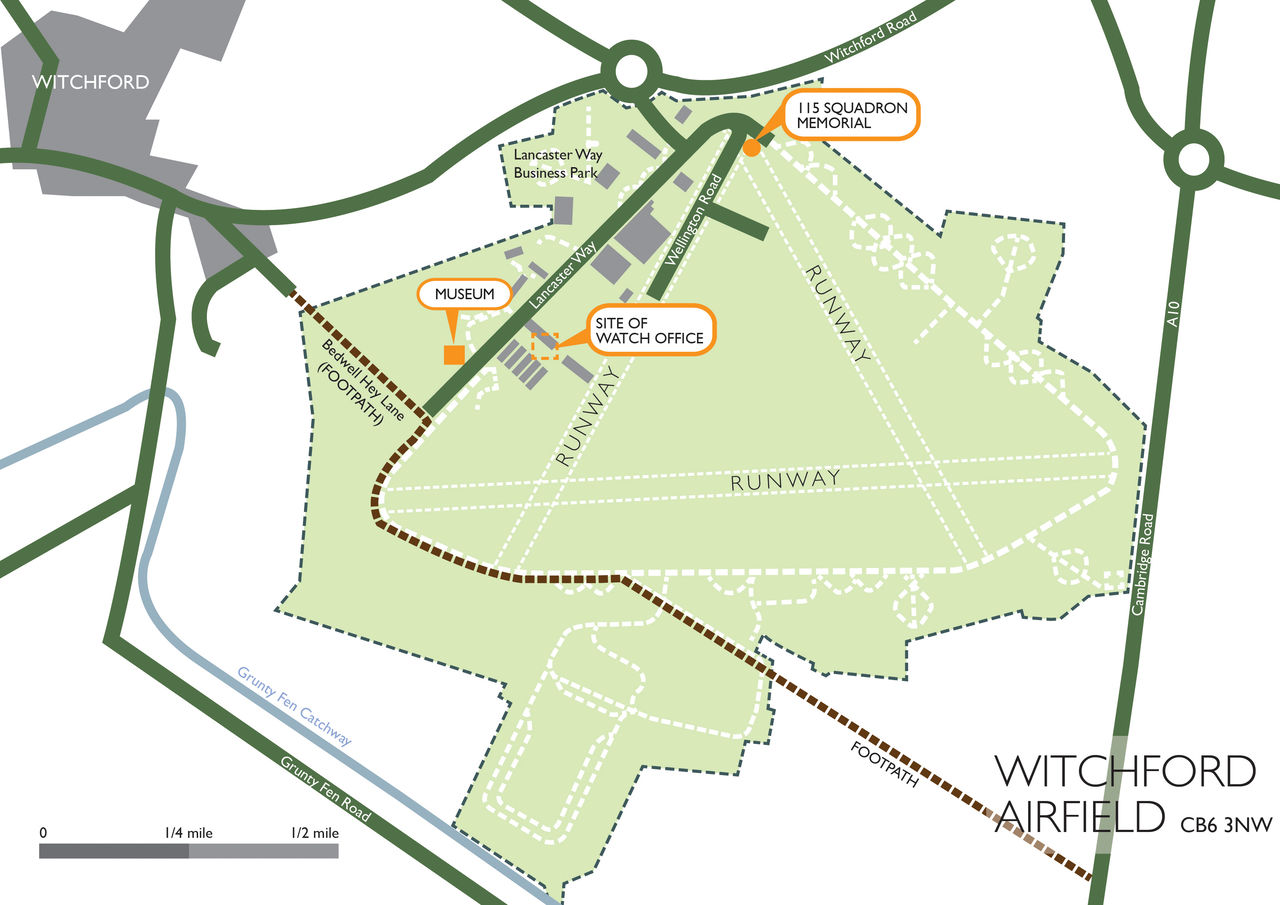 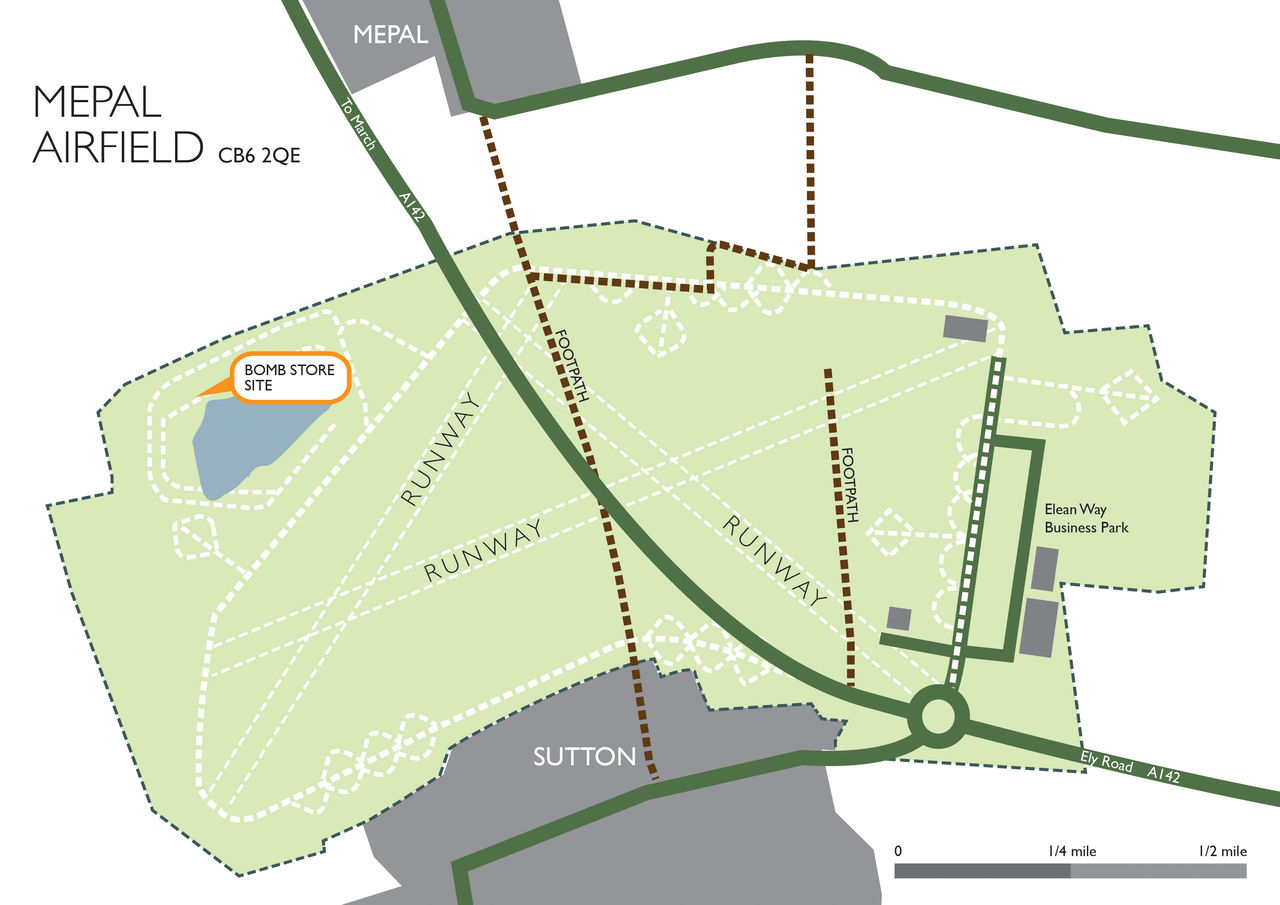 Take the A142, which crosses the north-south A10, running eastwards around Ely and then north/north-west to Chatteris. To reach Witchford, follow the signs indicating Witchford village, as the A412 now by-passes the village. The Lancaster Way industrial estate is signposted. Parking facilities are good. At Mepal, the A142 crosses part of the old airfield site. Again, the industrial estate is signposted. There’s no difficulty in finding somewhere to park.

Ely station is well-served by trains from London, the Midlands and elsewhere, and it is the nearest station to both airfield sites. Getting from the station to Witchford or Mepal can be by bus or taxi. However, bus services are infrequent and taxis can be expensive.

There are many pubs and restaurants in Ely. Too many to include all of them here. This is a representative sample.